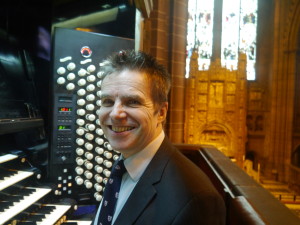 DAVID POULTER is an organist, pianist and choral director based in Cambridgeshire and Suffolk and available for freelance work.

After five years as Assistant Organist at Rochester Cathedral, further study at London University, and some years teaching at Cranbrook School in Kent, a 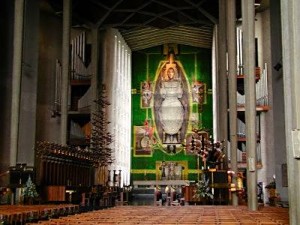 nd Tunbridge Wells Girls’ Grammar School as Head of Music, David Poulter went to Coventry Cathedral  in 1990, first as Assistant Organist and ultimately as Director of Music. During his time in Coventry, he founded the Cathedral Girls’Choir consisting of 50 singers aged 8 – 16 years. He also initiated a course in Church Music at Coventry University.

David Poulter was appointed Organist and Director of Music at Chester Cathedral in April 1997, following a succe

ssion of distinguished organists dating from Robert Whyte in the 16th century to John Sanders and Roger Fisher in the 20th century. Under his direction, the Cathedral Choir undertook seven CD recordings, many broadcasts on BBC Radio and TV and Granada TV, and premiered many new works written especially for Chester Cathedral, including one by John Tavener. The choir also enjoyed tours to France, Holland, Ireland and the USA. David was actively involved in the planning and raising of £1.6 million for the building of a new Song School in 2005. Other highlights included two International Church Music Festivals with Sir David Willcocks. During this period, David Poulter was also a regular conductor of the BBC Daily Service. 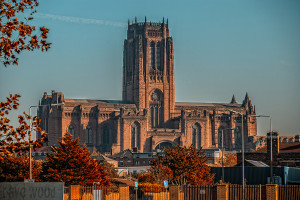 David Poulter has travelled extensively, as a recitalist, and as a conductor to France, Germany, Holland, Italy, Norway, Poland, Jamaica and the United States. He has featured as a soloist on BBC Radio 3 with the BBC Philharmonic Orchestra, and his solo organ CD recordings include: